January 07, 2011
Right, It's been a crazy few months after graduating, now I'm settled in Twyford with some of my best mates from university. We're out of Newport and all starting on our own roads, carving our own little life out of the current financial soup of taxes and belt-tightening.

With a new year comes a renewed emphasis on the continuous production of self-directed work. To help convey what sort of stuff we have on our plate, the 4 of us in Twyford all did the Games Design course at Newport, and crave to produce more output, be it modelling, animation, designs, artwork, websites, 2d or 3d games. Our initial intent was 100% a 2d android game, having inherited a game design and assets from the liquidated Dark Rock Games. We started investigating Android SDK and worked out the basic tutorial apps. This is still in the works, but our lack of programming expertise is greatly slowing us down.

Gota take my hat of to the other 3 guys here, they have all secured Games Tester jobs at TTGames. With that comes a whole shed load of hours, so I can appreciate if learning Android SDK or indeed doing ANYTHING games related at the end of the day is the last thing on their mind!

So, as a secondary option, drawing more on what we as technical designers, we are investigating a 3d game engine for android smartphones and applying a 2d approach to it. Hopefully, our 2d ideas and plans can be pulled off in a 3d environment which we are all more confortable with.
As far as personal projects are going, I've got a few in the pipeline (don't we all?). Myself and Pat are storyboarding an animation about the expanding leading edge of space, and the snowplough-esque machine that is turning over the black matter into the empty nothingness. Quite excited about this one.

To keep my modelling and Unreal skills in check, I'm modelling London Liverpool Street station and constructing a version of it in UDK: 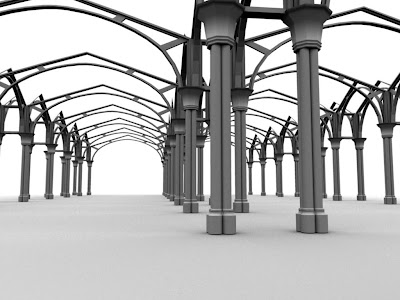 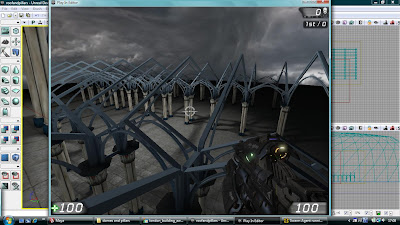 The catalyst for this project was seeing this: http://shownd.com/serg/17223/London-Bridge-Underground-station and thinking 'I bet I could do better than that'. So far i've probably spend about 4 hours on it, including construction and build in unreal. I'm still sketching, the long intermittent train journeys home require some entertainment.

- Moved to Twyford
- Got a job at Yell.com doing website QA
- Got on twitter (http://twitter.com/#!/rhysthomas88)
- Set up my website and portfolio at www.rhysgthomas.co.uk
- Got business cards printed, to my design and with samples of my work on them
- Presented Romley Court at Gamecity 2010
- Went to Develop 2010 with Eric, down in Brighton (that was amazing, regardless of the £500 conference ticket price) and diplayed Romley Court, met Jasper Konning from Romino Games (amongst many others including rick stein from epic)
- Finished off www.mudconcrete.com
- Entered Romley Court into Europrix Multimedia Awards, for out category to be dropped from the nominations...grrrr...and some stupid flying penguin game set to heavy dance music get nominated in 'best game'!
- Written a column piece for a minor web newsletter
- Watched England trounce the Aussies in the Ashes

Pretty sure I missed a few, but thats what i can remember and are relevant. Hopefully check back in with some more Liverpool Street images in the next few days.
cricket games modelling progress twyford udk work life

Popular posts from this blog

Finished off the cover (kinda) 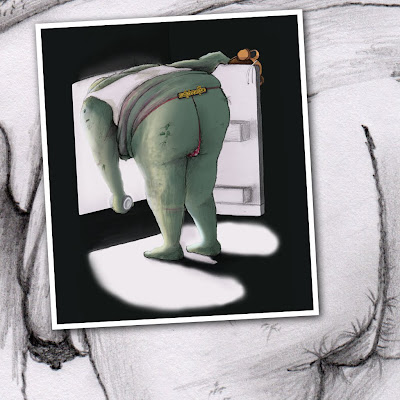 I've done all I want to now on the cd cover I was working on.
Read more